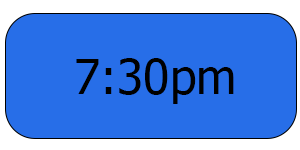 Film Noir at The Screening Room presents The Red House. Known as one of the first rural noirs. Edward G. Robinson plays an aging farmer with a dark secret he s trying to keep hidden. He and his sister Ellen (Judith Anderson) have raised Meg (Allene Roberts) since she was a little girl, after her parents mysteriously disappeared. But now Meg is coming of age, and bringing a male friend from high school around to help with chores on the farm. The teens are warned against wandering into the nearby woods, where terrifying screams have been heard in the night emanating from an abandoned red house. But curiosity threatens to get the better of them. Director Delmer Daves enjoyed a successful, 35-year career in Hollywood as a producer, director and writer (he adapted this particular story from a novel first serialized in The Saturday Evening Post in 1945). Better-known for tough westerns and war movies (including 3:10 To Yuma, Broken Arrow and Destination Tokyo), this film was an interesting diversion for him. But credit is also due to cinematographer Bert Glannon, a veteran of numerous noir/crime titles (not to mention work with such acclaimed directors as John Ford and Cecil B DeMille), who was responsible for executing the sort of unexpected camera angles and shadowy lighting that would become the signature of a good Film Noir.