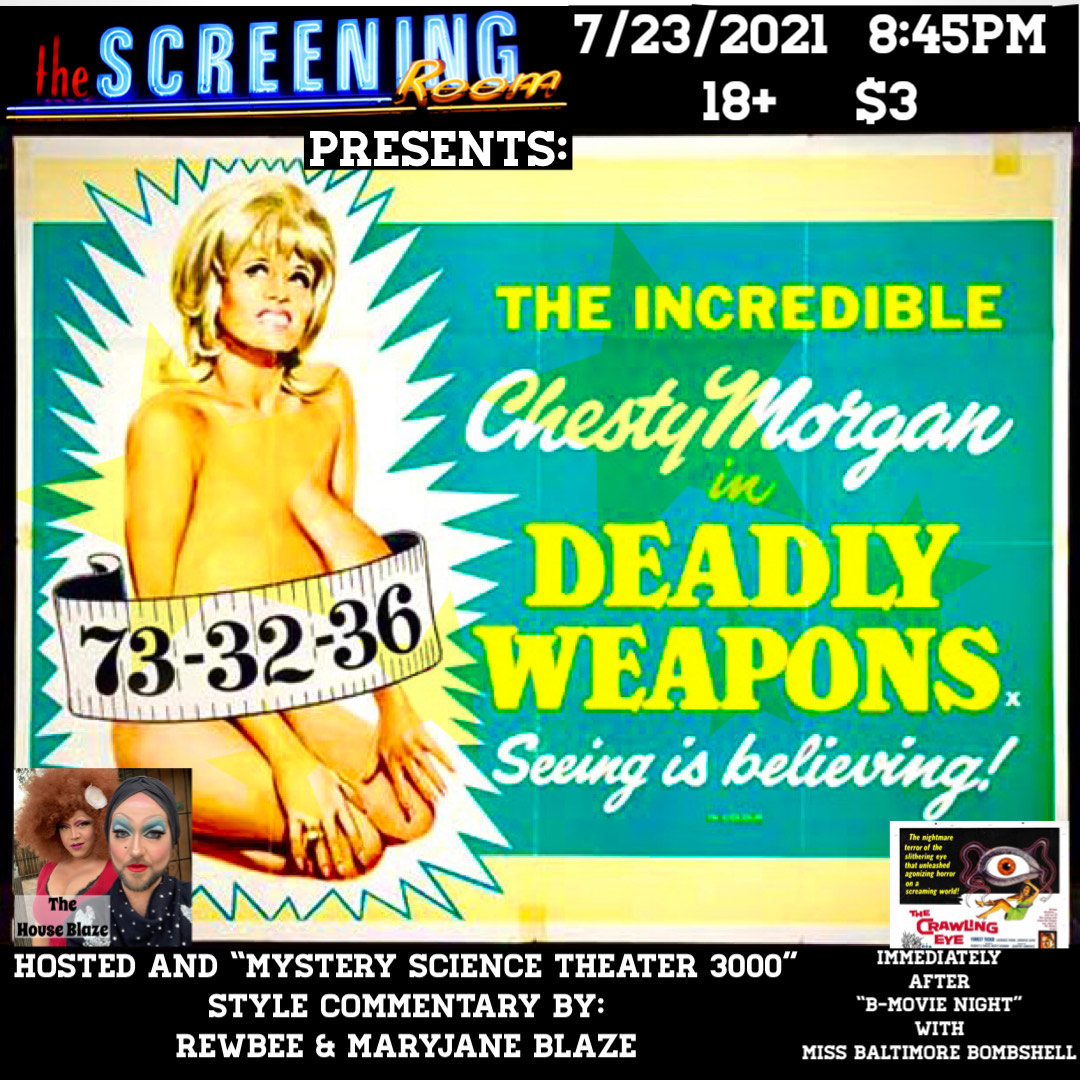 POSTPONED TO A LATER DATE IN AUGUST

Double Feature with B Movie Night for $6
The House of Blaze is back for a second round of film commentary to one of the sleaziest films starring Chesty Morgan and directed by Doris Wishman.
Deadly Weapons is one of her most notorious, a revenge tale starring the impossibly endowed Polish-born stripper Chesty Morgan (identified in the credits simply as Zsa Zsa), whose claim to fame is a 73-inch bust that she displays, strokes, and fondles in practically every scene. The nominal plot involves a mob blackmail scheme and a double-crossing gangster who just happens to be Chesty’s boyfriend. When the syndicate kills him, she goes undercover to take her revenge on his murderers in a most unique way: She smothers them with her grotesque bosom. There’s nothing erotic about this crazy freak show, but it is jaw-droppingly weird. Chesty is no actress–she shuffles, zombielike, through the picture while numbly gazing down as if looking for her mark–and her voice is supplied by a breathy American. As far as that goes, Wishman isn’t much of a director. The picture is highlighted by flat performances, clumsy editing, wildly fluctuating color, and a tendency to cut away from dialogue scenes (she often lands on Chesty’s mammoth mammaries) to hide the fact that all of the voices are dubbed in later. There’s little of the spirit that makes Ed Wood’s klutzy little pictures so much fun, but there is something strange and unique about this outrageous, unreal, and otherwise numbingly inept picture.