Tickets: $6  *Online link will be in order confirmation 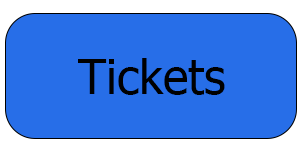 Electric BoogalooDir: DJ Walker
After the events seen in the short film “Hot Date”, Joaquin is out to cleanse his hands of the mess he has made. Haunted by his past and surprising circumstances that happen along the way, this will be one night he will soon not forget.  Family PortraitDir: Hannah Paquette
Two sisters must rescue their grandmother’s artwork from the community center before its gone forever.  Becoming MeDir: Sabrina Petroski
Milo Paz takes us through the process of transitioning from female to male, and the emotional toll the journey has taken on them  The Formly SessionDir: Keith D. Bracker
My body . his drugs ,his lies , is all from the person I love , I feel like dying everyday .  The InterningDir: Samrat Chakrabarti
Greg, a 30-something millennial white man, is “trapped” in his stifling 9 to 5 job: it is an internment, a prison, of his own making. Already fearing the extinction of his race, the everyday cacophony of uncivil co-workers, divisive political climate and corrosive media test Greg’s mental fortitude to the utmost…until an epiphany allows him to see a more promising future.  Geronimo: Circus Trash MonsterDir: Colleen Brady
After moving to Kensington, Philadelphia, Regina uses her aerialist skills to beautify her neighborhood and bring together her community.  The DogfightDir: A.J. Cheaytelli
A young boy struggling with a school bully seeks help from his older brother.  Lucille Ball’s PianoDir: Terrie Frankel
A Short Documentary that began as provenance, featuring the purchase of Lucille Ball’s Piano from her nephew, Geoffrey Ball in Cottonwood, Arizona. From Moving the Piano to Sedona, Arizona; to Henry Miller Tuning the Piano; and Andreas Kauderer professionally painting the Piano – we follow the journey of a 1931 Bradbury piano that was once owned by Lucy and used as a bar at the Desi Arnaz Indian Wells Hotel.  MatthewDir: Brian Nestor
A young man named Matthew is recorded being attacked and stabbed. The killer films Matthew dying. His death is uploaded to the internet, which has become an all too common occurrence. It is not horror, it is just reality.  P98’S BluebirdsDir: Praise
Two young men spend the day with one another at the park.