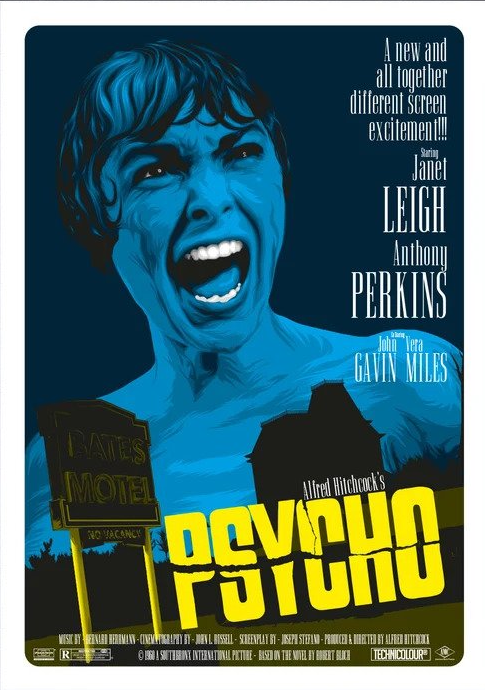 Noir By Night (Film Noir) and Tucson Terrorfest Film Festival come together to present Psycho! Psycho starts out as a crime thriller noir before turning into a full blown proto-slasher film! Femme fatale Marion Crane (Janet Leigh) steals a large sum of money from her boss and flees, effectively setting her up as the protagonist. This imporatantly distracts the audience from realizing that they’re watching a horror film. Hitchcock brilliantly uses noir as a misdirection for his masterpiece of horror.

Also before the film Tucson Terrorfest will be giving away 2 passess for the horror film festival and horror convention!