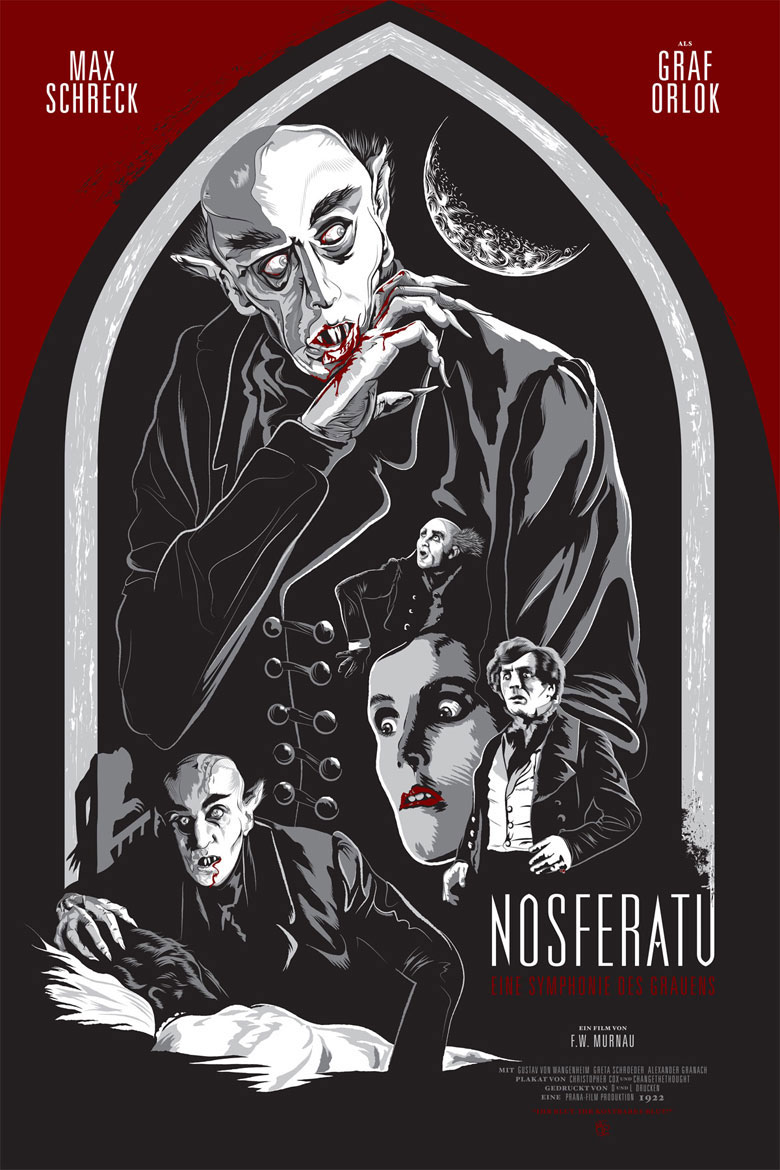 Remastered edition of this 1922 classic.
The greatest horror film of all! A long time ago in middle Europe, a decrepit, forbidding castle stood. Casting an ominous shadow over the townspeople who dare not look upon it, the unholy dwelling is home to one Count Orlok (Max Schreck), an undead night creature with a taste for human blood. Showcasing the extremely eerie Schreck, “Nosferatu” is the first screen adaptation of Bram Stoker’s classic novel “Dracula,” stylistically directed by the legendary F.W. Murnau.
F.W. Murmau
Once called “the greatest poet the screen has ever known” by French film theorist and director Alexandre Astruc, German director F.W. Murnau did more than any of his contemporaries to liberate the cinema from theatrical and literary conventions, achieving a seamless narrative fluency by freeing the camera to discover varied perspectives in the medium’s fledgling stages. Criticized for facile, underdeveloped characters, Murnau was more a painter than a novelist, his art more concerned with mood and rhythm than whether his characters were dimensional. He was a master chiaroscurist, brilliantly orchestrating a world moving between lightness and shadows, exemplified by the great “Nosferatu” (1922), an unauthorized adaptation of Bram Stoker’s Dracula and his most famous film. Though nine of his 21 films were lost to the sands of time, Murnau was still able to cast a great shadow over cinema history, rejecting the rigid expressionism prevailing in Germany. Rather than obsessing over angles for a fixed camera, he made his camera soar, particularly in “The Last Laugh” (1924), arguably his most fully realized picture. Murnau gained international prominence because of that film and his equally innovative adaptation of “Faust” (1926), which prompted a move to Hollywood. There he directed the great “Sunrise” (1927), deemed the most beautiful movie ever made. Having won the first Academy Award for Best Picture, Murnau seemed assured of long success in Hollywood. But his untimely death in 1931 just prior to his biggest box office success, “Tabu” (1931), cut short his promise. Still, Murnau’s innovative skill with the moving camera helped write the language of modern cinema.