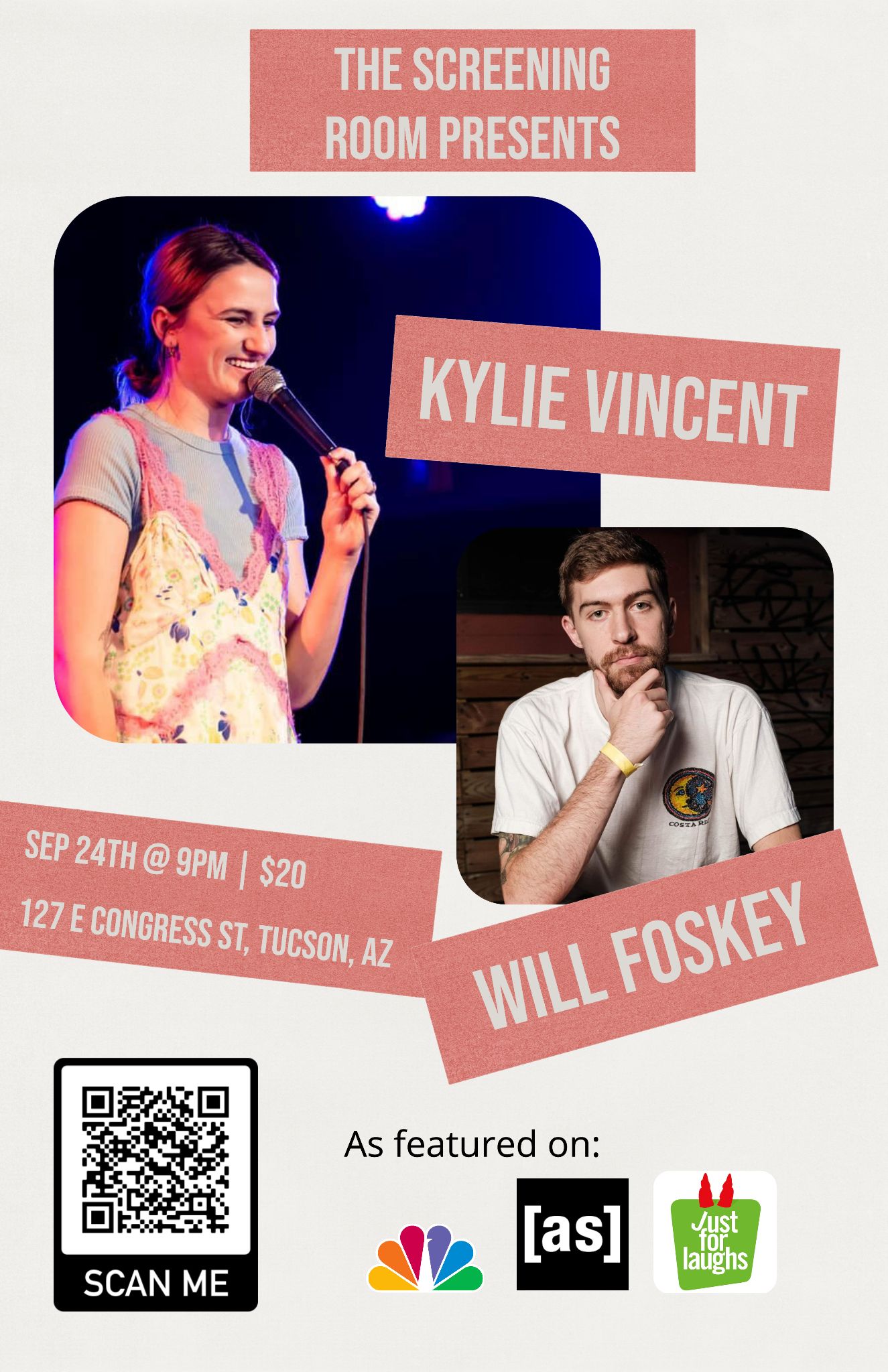 Kylie Vincent and Will Foskey Comedy

Will Foskey is a 27 year old stand-up comedian based in Atlanta, GA. After being named one of Just For Laughs’ “New Faces of Comedy” he recorded his debut album/special “All Things Sacred” which was released this summer. He can currently be found touring the country in preparation of his next project. While back in Atlanta, he can be found regularly performing at The Laughing Skull Lounge or playing bass for “Square Pizza” a band comprised of fellow comedians. After a good set in Chattanooga, an Angry Karen took to facebook and described his comedy as “Depressing,” “Judgmental,” and “Not Funny!” Will is very proud of this and to this day, has the review as his phone background.
Kylie Vincent is a 22 year old stand-up and solo show artist based on the road, touring all over the US and most recently, Scotland for Edinburgh Fringe Festival. Vincent is from California, but knows her homebase to be New York City and can be found performing in all the boroughs, regularly, at QED & Tiny Cupboard. She has just come off of her tour of Bird, A Solo Show after performing it in over 10 cities for 8 months straight and audiences have called it “hilarious, memorable, and Vincent is a badass.” Kylie tours with her disabled dog and wants you to know she was broken when she got her.