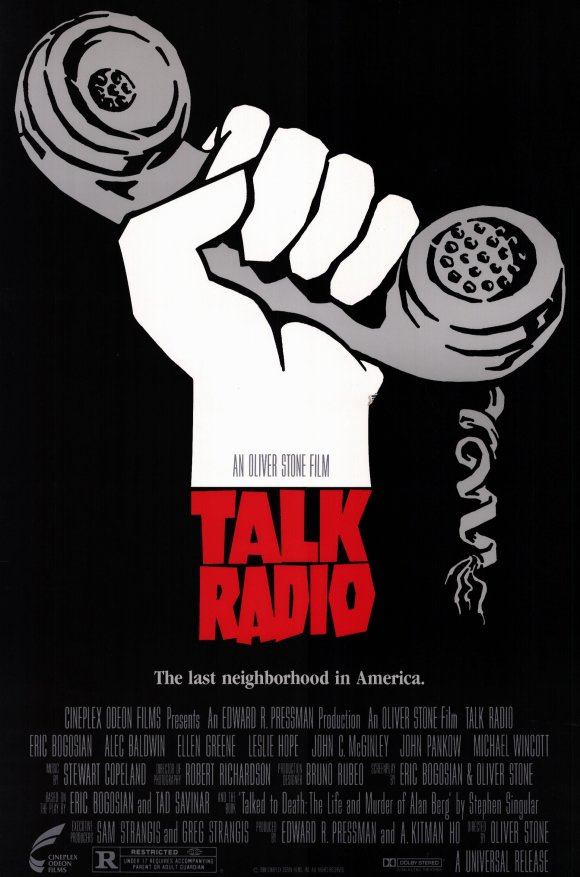 Eric Bogosian stars in writer-director Oliver Stone’s Adaption of his play, Talk Radio. Dallas talk radio host Barry Champlain (Eric Bogosian) discovers one weekend that his skills in pushing people’s buttons have won him a chance for national syndication. But instead of celebrating, he subjects his ex-wife (Ellen Greene) and co-workers to a darkly comic marathon bout of compulsive risk-taking with his unstable radio audience. Barry and his “fans” – the lonely, the angry and the dangerous – know that talk is not cheap, and words can kill.